ABOUT ALL THINGS FUNGUS 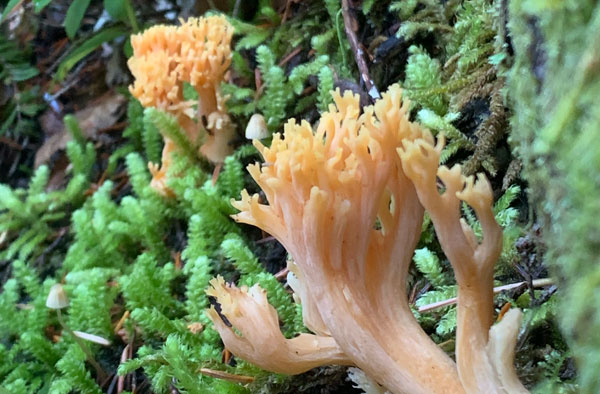 What makes a mushroom wild? 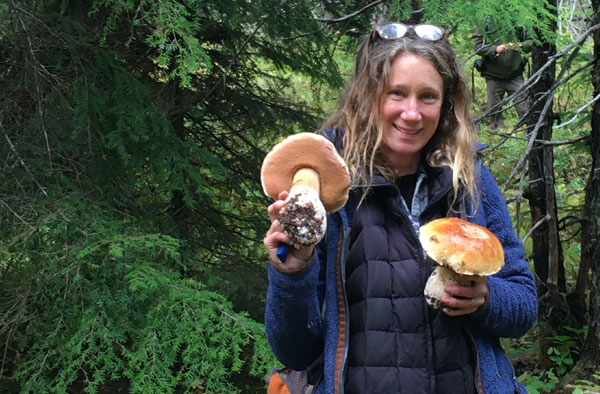 In Northern California, ten days (give or take a few) after two inches of rain is the rule to stimulate a porcini (Boletus edulis grandedulis) to pop its face from the forest duff. The needed rain can accumulate over a few weeks or during one large storm. We can also assume two inches would be enough for most other wild mushroom species to make a showing. A consistent pattern of rain is needed to sustain a successful season of mushroom hunting. Our local mushroom season begins after the first fall rains and continues into spring.

Some species such as The Prince, (Agaricus augustus) need only summer fog to make their appearance. But if you want to find more water-dependent species of mushrooms during the dry months, you will have to chase the rain in the Sierras during the Bay Area’s dry late spring and summer. 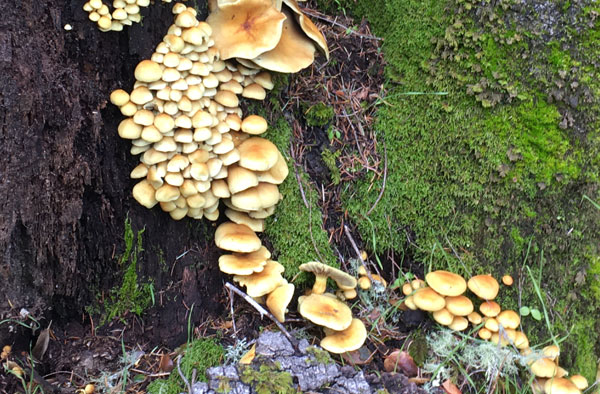 The first thing most experienced wild mushroom hunters do upon entering mushroom habitat is identify the tree canopy. Pine (Pinus), Douglas fir (Pseudotsuga menziesii), and oak (Quercus) are just a few trees that will provide the right habitat for culinary wild mushrooms to grow. Trees and mushrooms form a society of symbionts and antagonists. The trunks of trees, fallen and upright should also be scanned for some of the most delectable of wild culinary mushrooms, Sparassis (cauliflower mushroom) often found near the base of pine, and Hericium (lions mane) found on oak.

Different trees will indicate what mushrooms you can expect to find. In Marin County, Coast Live Oak (Quercus agrifolia) can host a species of golden chanterelle endemic to the California central coast, Cantharellus californicus, the largest of the genera.

Oak also provide habitat for the death cap, Amanita phalloides. Before you learn anything else, learn to identify the death caps! A good mushroom field guide will teach you what to look for under or on specific trees. 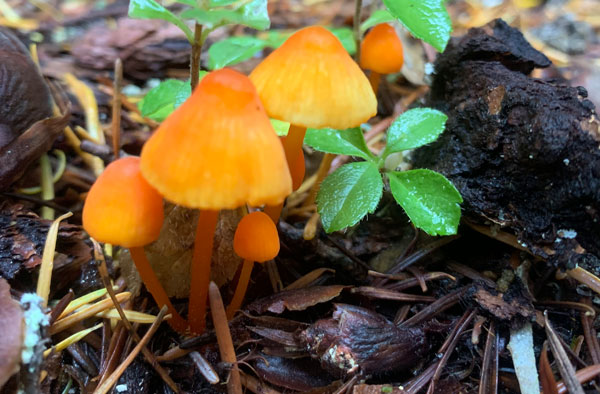 The base of trees accumulate leaf litter or forest duff, another required factor for abundant mushroom fruiting.

This natural mulch keeps the soil moist and is an insulating blanket for mycelium from which the mushrooms grow. Low lying branches will also provide the protection from drying winds and sun, allowing mushrooms to grow. An old friend used to make up corny sayings like,”The lower the branch is , the better your chance is” or “Branch on the ground, chanterelle abound.”  You too can make up corny phrases.

Experienced mushroom hunters look for ‘shrumps’. A shrump is a mound of forest duff being pushed up by an emerging mushroom cap. Hopefully it’s porcini, but often it is Russula or Amanita varieties. 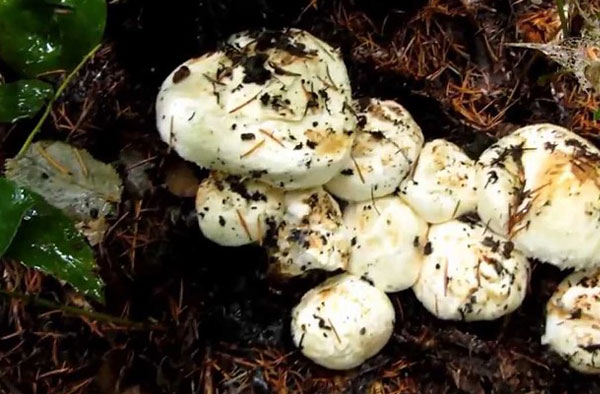 All mushrooms have a season.

Some prefer cool temps, (Matsutake) others like it warm. (Porcini) Throughout the year you may find rogue fruitings of mushrooms off-season, but, as a rule, most mushroom species have a window of time when they fruit. I like to think of Thanksgiving as time for porcini. (Pine) Christmas = matsutake, (tanoak) New Years = Black Trumpets, (tanoak, oak) Easter = Hedgehogs (pine, fir, tanoak, oak) May = morel. (Sierra’s, campgrounds, mixed conifers and burned areas) Landscape morels will appear in Marin County during late winter in bark mulch that has been recently laid down. Chanterelle can appear throughout the rainy season with different tree hosts. 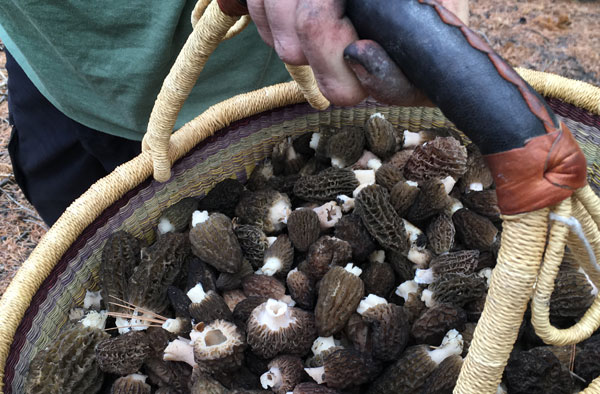 Needs no description. Just get out there and look

We recommend these books

»All The Rain Promises

»Mushrooms of the Redwood Coast 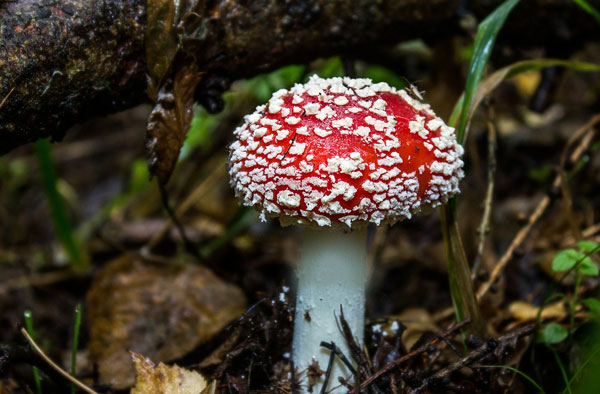 “Is it edible?” is the most often asked question about wild mushrooms.

How do you find that someone? Simple: join your local mycological society, especially if your goal is to find and eat wild mushrooms. Knowledge will save you.

Your local mycological society will offer forays led by experts to help new foragers learn to identify and separate the good mushrooms from the bad. Harvesting culinary wild mushrooms is not unlike picking berries. You pick the ones that you know and leave the rest. Once you’ve picked a chanterelle a certain number of times, the experience will imprint and you will not mistake another mushroom for a chanterelle. This holds true for porcini, morel, and most other culinary wild mushrooms.

Poisonous mushrooms vary in degree of toxicity. The death cap (amanita phalloides) is the culprit most often responsible for severe and often fatal poisoning events in California. Learn the characteristics of this mushroom before any other. We recommend these field guides. 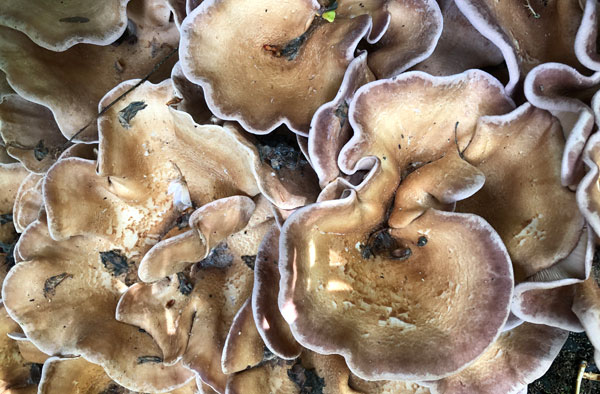 Whether it’s having fun foraging for edibles or identifying a new discovery, knowledge is key to the excitement of both science and gastronomy. MycoMarin is dedicated to your well being. From our resident Science Expert, Else Vellinga, to our founder, Kevin Sadlier and our many wise and knowledgeable members, you will find the voices needed to guide you. Also, our members are always sharing new validated information. Here are some links to trusted sites:

» The Fungi of California

By joining our community, you’ll get access to events and benefits not available to non-members. Secret foraging trips, special cooking sessions and more. You’ll also have access to content on our site not available to the public — from insights into better foraging to unique mushroom recipes plus the opportunity to connect with expert fungi members.